about the film
A Documentary film about the performance art session, which was held at Ghanoon Cultural Center of Tehran. The film is an account of the session, exhibition and performances that were performed by Praxis Art Group.
Praxis Art Group members: Mob Ziai, Ramin Etemadi, Mahmoud Reza Rahimi, Émmsen Jafari and Mohsen Saghafi. 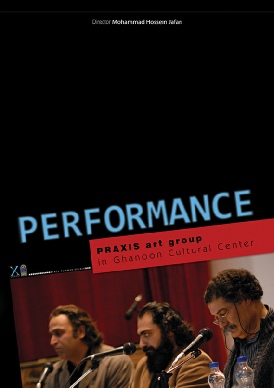